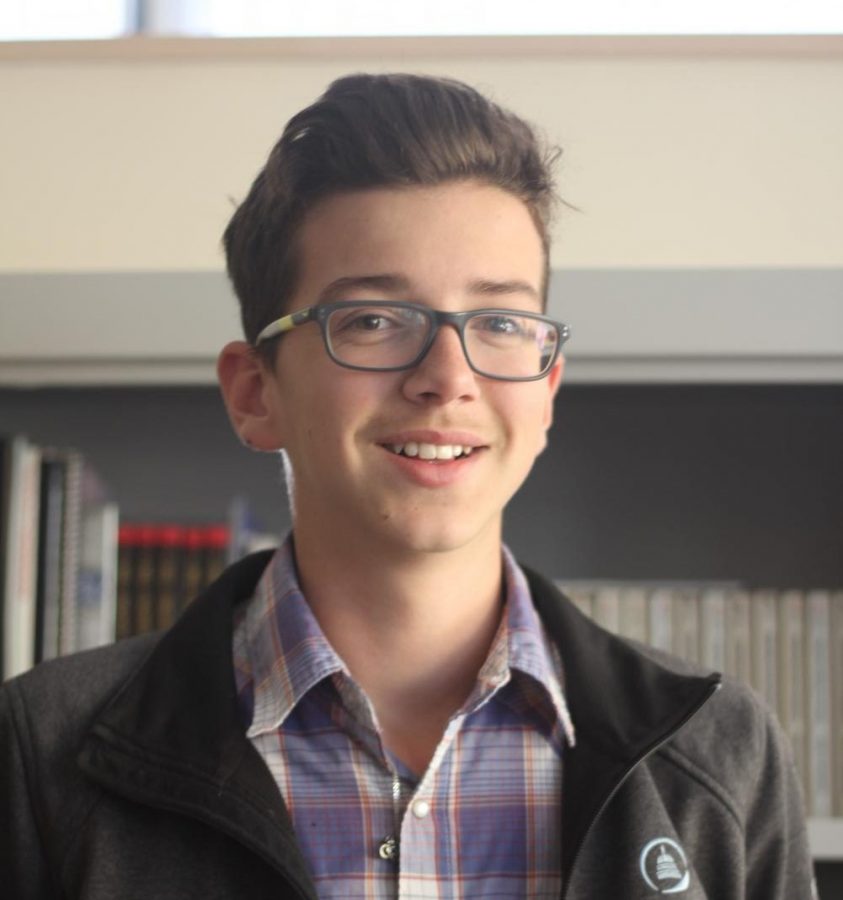 If you met freshman Paul Kramer, you would be surprised to learn that he is not a native English speaker, has interests in law enforcement and owns a bookselling com- pany that has donated hundreds of dollars.
Kramer’s experiences have been shaped by his nationality. Kramer is from Germa- ny and moved to the United States when he was in sixth grade. In order to assimilate into American life, Kramer taught himself English in just one short year, studying two or three hours a day. “I had a social brick wall built in front of me,” he said. “Of course, not knowing English, it’s hard to make friends.”
Kramer found a lot of solace in returning home. “When I came to visit some friends during the summer in Germany, they threw this huge party with all of my previous teachers, friends and family which was kind of awesome,” he said. “It just showed me how much people appreciated me.”
Despite having to learn English in only one year, Kramer believes that his toughest life experience has come in backpacking with Boy Scouts. “We had to carry 14 days of food with us, 14 days of rain gear, clothes, paper and water,” he said. “It was crazy. Basically we did the 14 days of backpacking and there was a physical and mental chal- lenge, being stuck with the same people for 14 days.”
Kramer says that his passion for Boy Scouts has fed into his interests in law en- forcement. “It is sort of close to Boy Scouts and the general things I like to do in my free time,” he said. “Sports, academics and, yeah, law enforcement in general is a cool job to have. It requires critical thinking which is what I am good at.”
In addition to being bilingual and a Boy Scout, Kramer also runs his own busi- ness. One summer, while in Germany, Kramer and his friend challenged themselves to make money in an unorthodox way. That’s when they came up with 4book, a company that buys and resells books. “We thought a book company would be great and we’ve been able to grow a whole business plan and sell lots of books,” he said. “Actually, just less than a month ago, we made over a thousand dollars of profit for ourselves in ad- dition to a thousand that we’ve donated to the synagogue.”
Kramer’s mentor, Stanford professor Scott Atlas, has helped him grow and operate the business. “I’ve met with him a couple of times for my business that I run and he sort of helped me get into the whole market of running the business and how to do it,” he said.
Atlas’s philosophy has helped inspire Kramer to stand by his beliefs, no matter what others around him may think. “Another thing is he’s Republican,” he said. “I’m surprised there are Republicans at Stanford, but it’s just kind of awesome to see some- one like him sort of speak out too. He just shows me to be myself and not worry about what other people think.”
Apart from Boy Scouts and his business ventures, Kramer enjoys playing the trum- pet. “I was on a television show playing trumpet when I was about 10,” he said. “It was a kid’s talent show and I played trumpet and I ended up getting third out of a couple hundred participants, which was cool.”