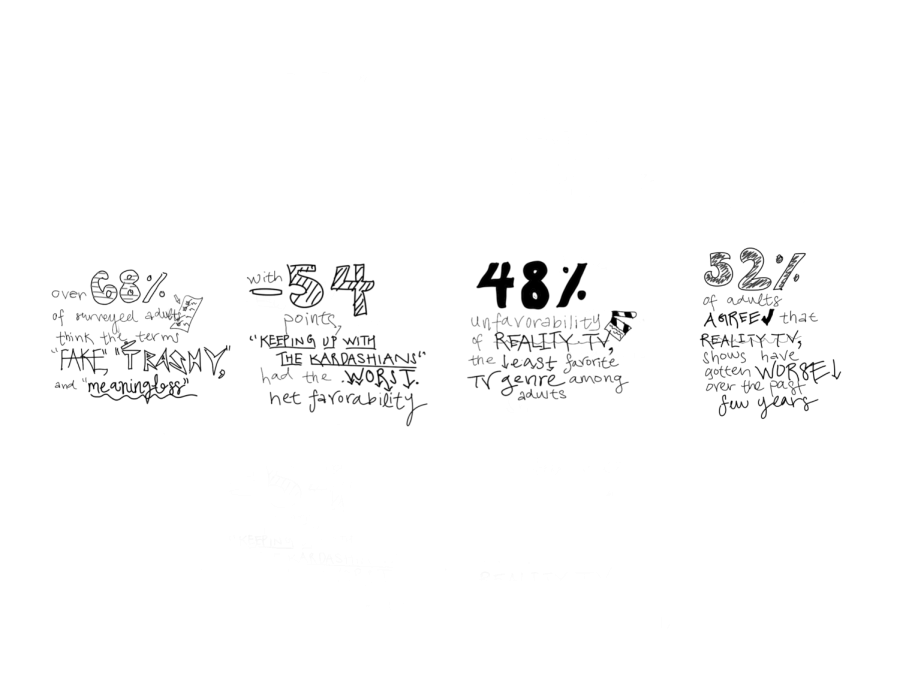 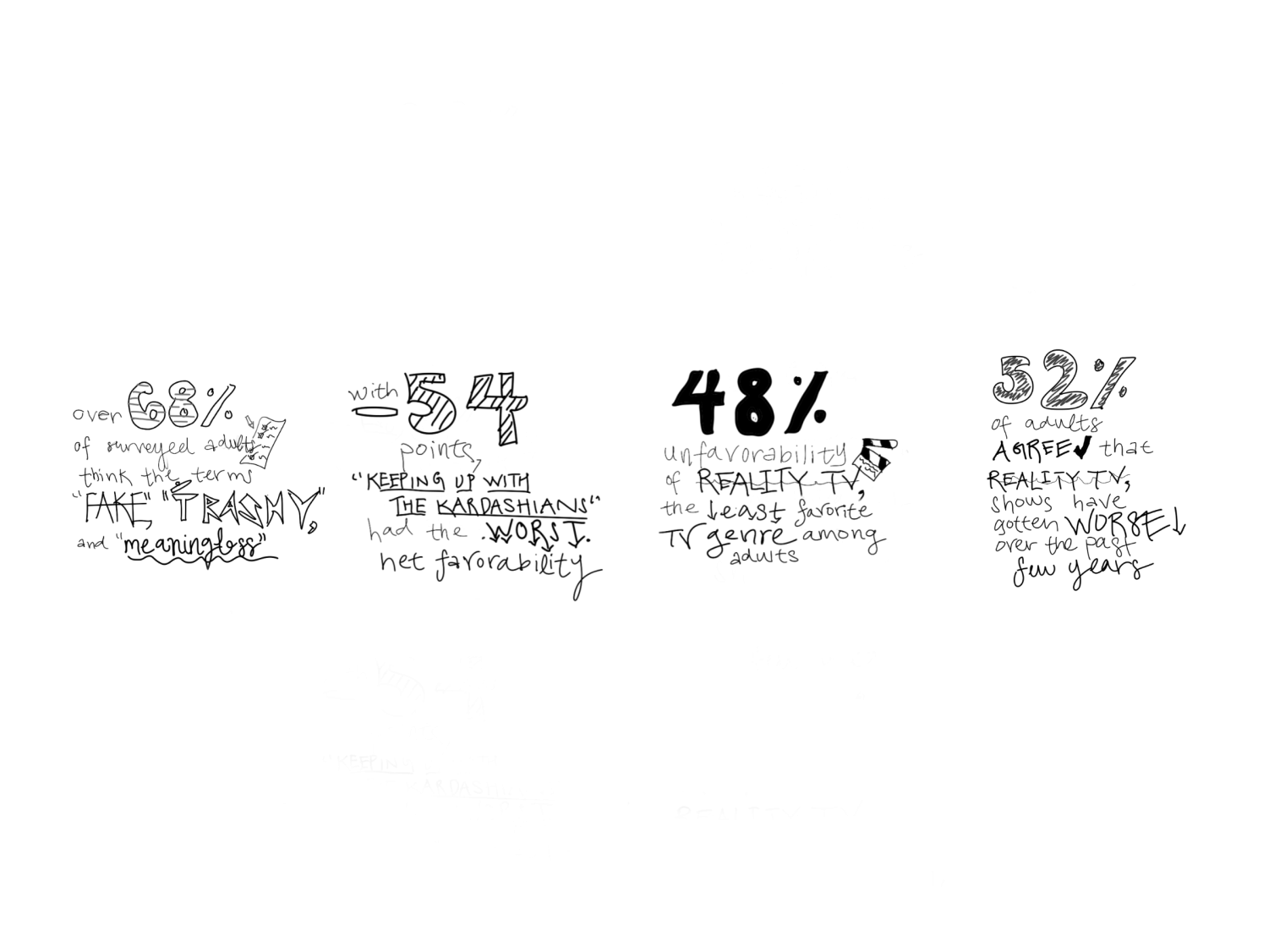 The origin of modern reality TV can be traced to the show “An American Family,” which first aired in 1973. Al- though the program only aired for 12 episodes, the show struck a chord with audiences for its refreshing portrayal of a traditional American household, juxtaposed to the romanticized and idealistic sitcom families of the 1960s.
Fast forward 50 years and reality TV looks nothing like what it once was. Before, reality television was created to give perspective on what life was truly like for an Ameri- can family. In contrast, today’s reality TV is characterized by trivial conflicts, over the top characters and ridiculous storylines. It’s essentially anything but reality.
According to the Morning Consult, a market research company, 48% of adults surveyed viewed reality televi-
sion unfavorably, which gives it the lowest rank out of all of the TV genres. A large source contributing to reality TV’s negative image is its tendency to be the subject of scrutiny. Reality TV is an easier target for critics and re- viewers because it glorifies materialism, deception and vulgarity.
Despite its negative image, reality TV still draws in millions of viewers each week. According to web.archive. org, “The Bachelor,” one of the most iconic reality TV shows, received 9 million viewers in the 2017 season.
One of the main reasons why people enjoy reality TV is for its raw entertainment quality. Almost all reality TV shows base their drama in petty and ridiculous feuds, but for many, this is what they love to watch. Many are
naturally drawn toward drama and conflict, and reality TV has no shortage of it. The benefit of reality TV is that it provides entertainment for people who are lacking ex- citement in their lives.
Another reason why people are drawn to reality tele- vision is because it is, quite paradoxically, the ultimate escape from reality. Many people enjoy watching TV be- cause it can be a fun way to stimulate the mind and to learn a little bit about the world along the way, while be- ing entertained. However, for those who simply want to get their minds off of daily life, reality television can be a great way to escape reality and to simply be entertained.