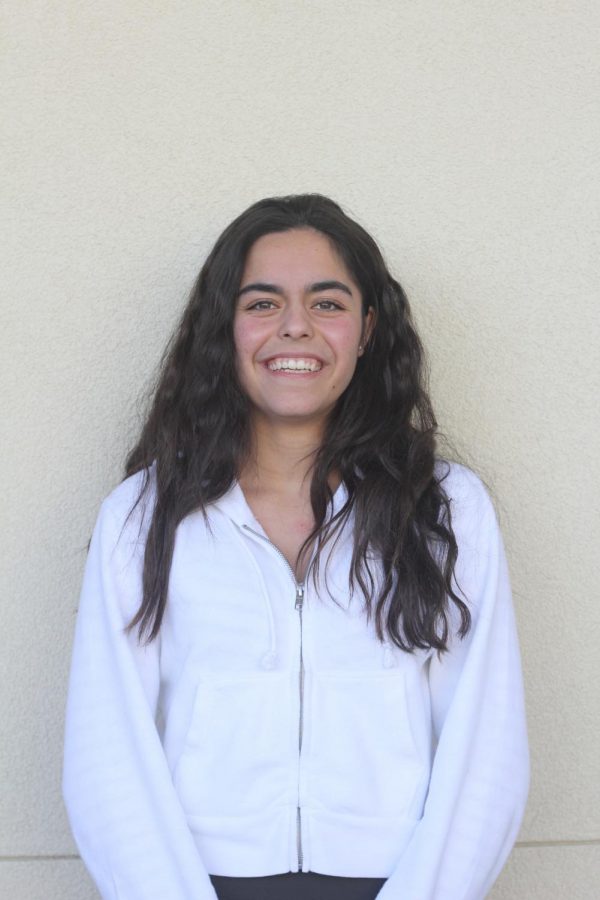 Sophomore Lucia Acosta moved from Madrid to Palo Alto in 2017.

From the outside, sophomore Lucia Acosta seems like a normal Bay Area teenager. But when you begin to talk to her, there’s one thing that sticks out: her thick Spanish accent.

Acosta moved from Madrid to Palo Alto in 2017. After moving, she struggled to adjust. “At first, it was really challenging, but eventually I got used to being here,” Acosta said.

Other than the major differences in culture, the education system of the two countries varied, with different class sizes and class options. The number of electives offered in Spain pales in comparison to those of the U.S. “In Spain, there’s already set classes and you can’t really choose what you’re taking,” Acosta said.

The academic environment was also less competitive and the stan- dards of excellence were lower. “The classes were a lot easier in Spain, where only a three out of ten is a fail,” Acosta said. Students were also less ambitious in their academic goals, focusing more on other aspects of life. “People wouldn’t think about college until their senior year,” she said.

Even so, the Spanish school days were longer, with classes ending at 5 p.m. Those long days left Acosta with less time for extracurriculars. Nevertheless, Acosta still had the opportunity to participate in more sports, such as rugby, which isn’t as popular in California.

Living in Spain shaped Acosta’s worldview in a significant way. Spain’s laid-back atmosphere contrasts heavily with the Bay Area’s competitiveness. Nevertheless, Acosta feels fortunate for the opportunity to grow up in two very different countries. “I grew up with people that were always nice and supportive around me,” she said.