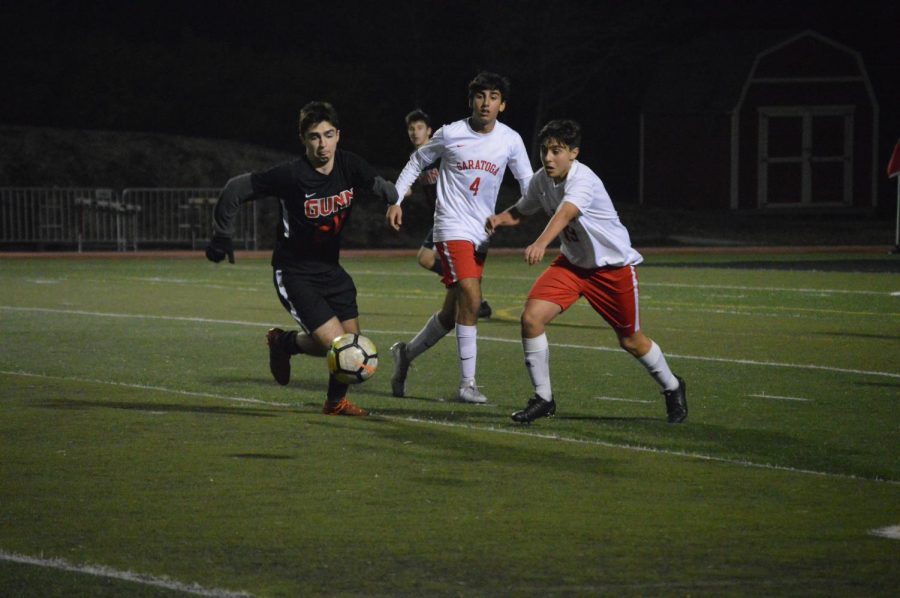 The boys varsity soccer team kicked off their preseason with a first place victory at the Homestead Christmas Cup tournament. From there, they progressed seamlessly into the season, with an outstanding winning streak. “Right now, we are undefeated,” junior Joey Cianfichi said. “We only lost one game against Homestead, and I’m pretty sure that was a scrimmage.”

This year, former professional soccer player Vava Marques joined the team as head coach. Marques is also the executive director of the Stanford Soccer Club, from which many of the current players have known him for years.

After a previous coach left the team following student complaints, Marques has entered the season with a compassionate outlook. “They’re in high school,” Marques said. “They have all kinds of things going on. They have to apply for universities; they’re thinking about going away. There’s a lot on their minds, and my job is to take that pressure off and for them to enjoy being here.”

Despite the change in coaching staff, over 80 athletes attended tryouts, a pleasant surprise for Marques. With high turnover each year, the mixture of new talent and old talent is constantly changing, but this year’s team has quickly developed chemistry. “As we play together, we gradually become more accustomed to our playing styles and all that,” junior Felix Toft said. “Over time, we’re only going to improve.”

Since soccer heavily relies on quick passes, plays and communication, Marques recognizes the camaraderie off the field as a valuable strong suit. “They’re good friends; they all know each other,” he said. “It’s a good thing, because they’re very playful. You can see them goofing off, but then when it’s time to work, they work really hard.”

Keeping in mind that Gunn plays in a competitive league, Marques maintains high hopes for the season finale. “I think winning the league will be the biggest thing for us, and moving the team up to the next division would really be something,” Marques said. “I think they deserve it, but they’ve got to earn it.”