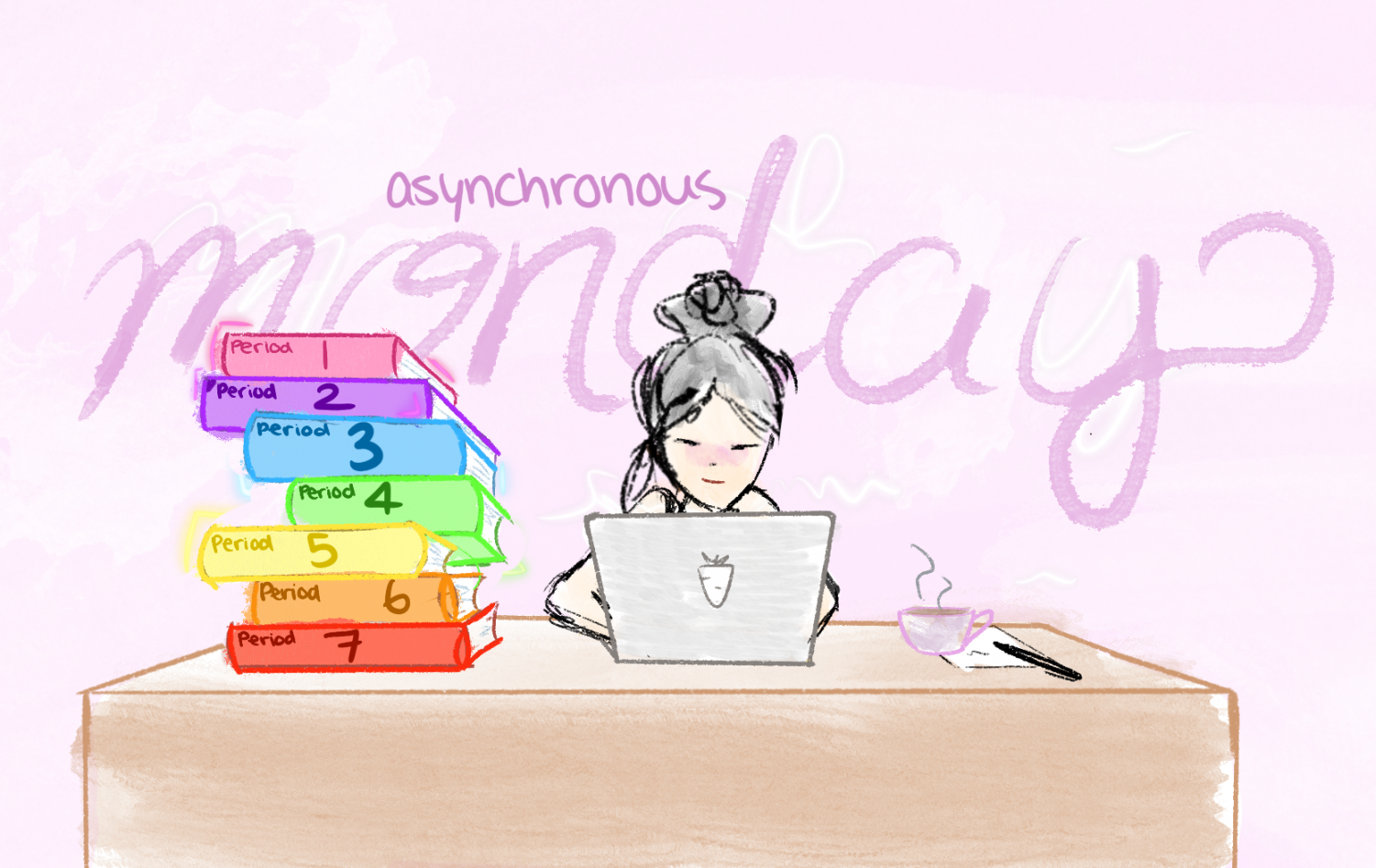 The beginning of the 2020-2021 school year has been marked by dramatic changes, especially in the district’s transition to fully virtual, synchronous classes. Much of the transition process has been commendable, from teachers reimagining their classroom strategies to a renewed emphasis on campus wellness initiatives.

Yet as we enter the sixth week of school, it’s time to begin honestly evaluating how we can improve virtual learning. Last week, a survey sent out by the school board representative asked students about their thoughts on the Monday schedule. The results, which were shared with The Oracle, show 62% of the 668 PAUSD students surveyed rated their satisfaction with Monday’s seven half-hour periods as a “1” or “2” on a rating scale of five and 61% of students strongly favored eliminating synchronous Monday classes. Furthermore, in the Sept. 22 school district board meeting, board members indicated a willingness to consider alternatives for the Monday schedule.

Shifting Monday to asynchronous instruction is undoubtedly the right move—half-hour periods offer fewer opportunities for substantial instruction, and removing them from the schedule would reduce Zoom fatigue and stress on students.

To start, a half-hour period is simply not enough time to effectively provide new instruction. One study from the University of California Irvine found that following an interruption or distraction, it took workers 23 minutes on average to refocus on their tasks. In a similar vein, then, the Monday schedule is tantamount to a patchwork of half-hour shifts and disruptions. A student might begin their day by taking notes on thermochemistry in science, then suddenly shift to evaluating art pieces in ceramics, before curtailing that session and moving on to watching a documentary in social studies. Each new class requires a new, constantly changing set of skills—and the end result is that students are asked to shift their focus every half hour, to the detriment of clear thinking. Mondays have become a frenetic rush of different subjects each crammed into a scant 30 minutes unconducive to deep, immersive learning.

Students simply may not have enough mental bandwidth to adequately engage with the material.”

To be clear, The Oracle recognizes the time and effort teachers have put into adapting to virtual learning, and a criticism of the Monday schedule is in no part meant to reflect on the work completed by the staff. Indeed, some students might have easily adapted to half-hour periods, and certain classes might require similar sets of cognitive skills—but broadly speaking, having students potentially spending two-thirds of a class struggling to focus is far from ideal. At the end of the day, despite the quality of the teaching in each of these half-hour periods, students simply may not have enough mental bandwidth to adequately engage with the material.

Furthermore, issues with maximizing focus have only become exacerbated in the age of virtual learning. Zoom fatigue is a very real and present phenomenon: according to a BBC article, due to the extra effort involved in interpreting normally obvious nonverbal cues, communicating via videoconferencing is especially exhausting. The trick to combating Zoom fatigue is, as expected, quite intuitive: a Harvard Business Review article advises individuals to “build in breaks”—which becomes problematic with Monday’s schedule.

Eliminating the Monday synchronous schedule would be a strong step toward reducing Zoom fatigue.”

Students with prep periods are given 75 minute breaks from virtual learning every other weekday besides Monday, an interval of time which introduces ample opportunity for students to stretch and reinvigorate themselves before the next class. In contrast, on Mondays, half-hour prep periods offer less incentive to leave the computer and take a break; eliminating the Monday synchronous schedule would be a strong step toward reducing Zoom fatigue.

Finally, converting Monday into an asynchronous learning day would free up more time for students to work on various projects and assignments. Already, some teachers are using Mondays as unstructured time meant for students to complete classwork, so the shift to asynchronous learning wouldn’t necessitate drastic changes. Plus, for the classes that do need to meet and check-in, office hours are readily available for that purpose.

Once schools enter a hybrid model of offering both in-person and virtual learning, the district intends on using Mondays to familiarize students with the upcoming week’s content. Under a hybrid model, a day dedicated to such a purpose may prove beneficial. However, until schools actually transition to hybrid learning, there’s no need to keep the Monday schedule as is.

The Oracle recognizes the multitude of challenges facing the district in the coming weeks and months as reopening plans are finalized and implemented. However, the need to switch Monday to an asynchronous schedule is clear: not only would the move reduce student fatigue and stress, but it would eliminate a day with little opportunity for substantial instruction.