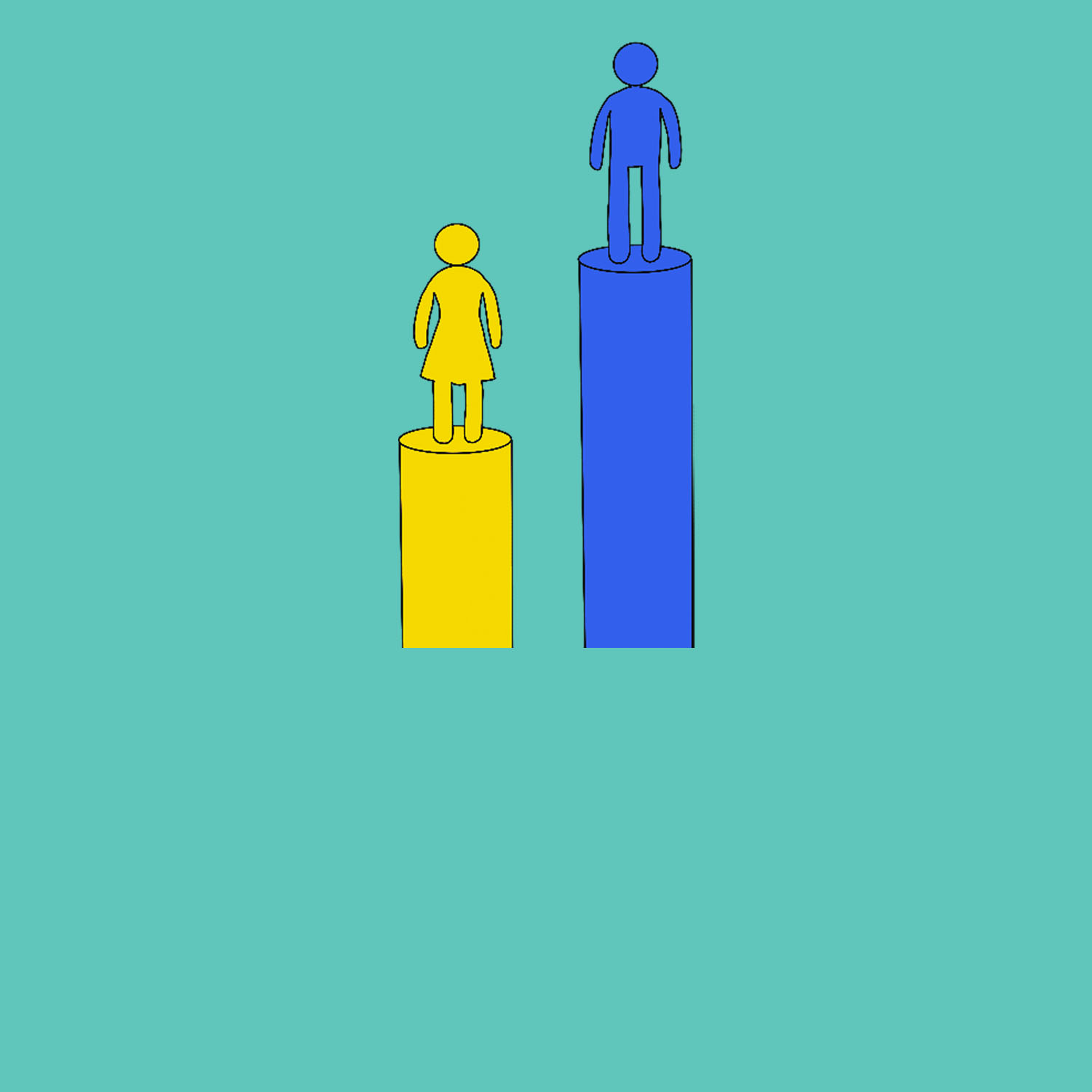 After decades of fighting for equality in sports, women continue to face obstacles on the field

In the late 1900s, female athletes fought for the opportunity to become athletes. Decades later, the fight has extended to advocating for equal treatment as athletes.

The second wave of feminism, commonly known as the women’s liberation movement, took place in 1960s to the 1980s and brought attention to the significant inequalities and discrimination women face in all aspects of their lives. Like the first wave, which gave women suffrage, the second wave also had a major accomplishment: the Title IX law. Title IX, an education amendment, was a major breakthrough for female athletes because it made sex-based discrimination in education illegal.

As a result, girls’ and boys’ teams were required by law to receive equal resources, social studies teacher Phillip Lyons explained. “If schools did not treat women equally as men, they were in legal jeopardy with the federal government,” he said. “So they didn’t have a choice. Even if they did not want to offer something, they had to. Title IX made it a matter of law, so they could not deny equal rights to women in schools.”

Although Title IX prevents women athletes—and women in general—from being discriminated against in education, the change stops there. According to junior Ana Schremp, former hockey player and current soccer player, women still face micro aggressions at school. “In P.E., when I used to play hockey, I’d always be like, ‘Oh yeah, like I play hockey,’ and guys would always be like, ‘Oh, I bet I’m better than you,’” she said. “And then I would feel this need to prove myself to them, because they automatically assumed that they would be better than me because I was a girl.”

Interactions like this show how cultural factors, societal teachings and stereotypes still create an inaccurate belief that women cannot be athletes, which, according to Schremp, is reflected in the words and actions of young men. “I’ve had so many guys openly say that women’s soccer isn’t a real sport,” she said. “As a female soccer player, that pissed me off. When they say that, they invalidate everything that I work towards.”

I’ve had so many guys openly say that women’s soccer isn’t a real sport. As a female soccer player, that pissed me off. When they say that, they invalidate everything that I work towards”

Boys doubting girls’ athletic abilities isn’t the only reason girls are discouraged to pursue athletic careers. It’s also hard for women to see themselves as professional athletes when they’re older, making them more reluctant to participate in sports beyond their high school and college years. “If you can see yourself with a paying career for after college doing this game, then you’re more likely to do it when you’re young,” Lyons said. “For men, you can see yourself with a career in baseball or football or basketball. But, if you’re looking at [sports] careers for women when they get out of college, there just isn’t that same level of opportunity.”

One of the most significant events in college sports is the National Collegiate Athletic Association (NCAA) March Madness Tournament, which generates millions of dollars for the NCAA. In past years, the main focus of this tournament was the players and the games; this year, however, it was on the women’s weight room and how it drastically differed from that of the men. A women’s basketball player at the University of Oregon was the first to point out this inequality on TikTok. Her viral video showed how women were only provided with a few dumbbells and some yoga mats, while the men were supplied with a warehouse full of world-class gym products.

Within 48 hours, the NCAA vice president quickly released a public statement and upgraded the women’s weight room to an actual gym. However, many argued that the fact that it took a viral social media post to create tangible change reveals serious flaws in the NCAA’s system. Despite the outrage in the media, the weight room contrasts were no surprise to Stanford women’s basketball assistant coach Katy Steding. “The discrepancies were more obvious this year because of the prevalence of social media, but I’m sure it’s been happening all along,” she said. “There are deeper issues of how money is divided up and how much the NCAA actively promotes a women’s tournament versus a men’s tournament.”

After decades of fighting for equality in sports, women continue to face obstacles on the field. “Although some are hopeful that what happened to the female collegiate basketball players will not happen again, Stanford women’s basketball coach Kate Paye believes that these issues will continue to occur with the same NCAA leadership. “An issue like this starts at the top,” she said. “What happened, and what has been happening, is unacceptable and sexist. We all deserve better.”

At t he same time, the attention that the problem received shows optimism for women athletes gaining equality with their male counterparts. “Hopefully, student-athletes and coaches fight for change, and it’s going to be an uphill battle,” Paye said. “These are deep-seated, systemic issues that have been going on for a long, long time, and changing them is going to be extremely challenging. But hopefully, we’re on the path to doing the work.”

These are deep-seated, systemic issues that have been going on for a long, long time, and changing them is going to be extremely challenging. But hopefully, we’re on the path to doing the work”

Media coverage is one of the biggest ways athletes and teams gain attention for their accomplishments, making it no surprise that women athletes do not get the same recognition male athletes receive. According to a study conducted in 2019 by the International Association for Communication and Sport, in 2019, women’s sports only accounted for 5% of airtime on televised news shows. Even then, when women’s sports do receive media attention, the attention is not angled at women playing sports, according to Paye. “A lot of times, when they cover men’s basketball, they talk about the game or the coaches or the player; they talk about basketball,” she said. “If they cover women’s basketball, they don’t talk about basketball. They’re going to talk about what a coach is wearing or something cute that a player does.”

When television networks comment on a woman’s outfit or body rather than their athletic talent, they drive the focus away from her athletic abilities and accomplishments. On the national stage, these comments can send a message to all other young women athletes: their bodies are valued more than their passion or dedication for their sport.

According to Schremp, that type of coverage harms female athletes’ views of themselves, which is why it’s time for the content to change. “[Focusing on] what your body can accomplish is what we should aim towards,” she said. “With that, female athletes will feel more confident about their bodies. They’ll know that the value is placed on what you’re able to do with your body and what you’re able to perform with it, instead of what it looks like in a bikini.”

Paye also hopes that a new type of reporting on women’s sports will soon take hold. “There should be more coverage of our incredible female athletes in so many different sports,” she said. “Their stories are incredible, and their accomplishments are incredible.”

Despite some of the discrimination women athletes still face in the media, there have been some valuable advancements. “From a marketing standpoint, if you look at Venus Williams, she’s a draw as much as any male tennis player,” Lyons said. “If they want to sell out a tournament and they get her to go, it’s the same as getting [male tennis player] Roger Federer to go. She’s going to get the same attention from female and male fans. I don’t think that would have been the case a long time ago.”

Developments like these are only the beginning of gender equality in sports, and Schremp hopes that progress will continue in the coming years. “It’s the responsibility of all athletes, men and women of all ages, to support each other,” she said. “Obviously, there’s a women’s soccer team, and there’s a men’s soccer team, but we’re all soccer players. We all want to play at the highest level. If we keep talking like men versus women, that’s never going to get us anywhere.”

If you want a picture to show with your comment, go get a gravatar.