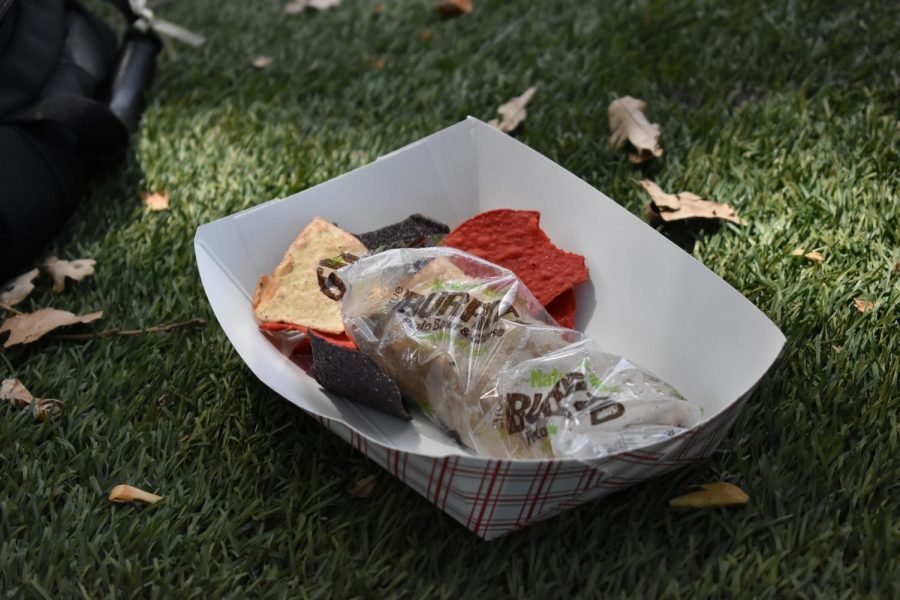 Along with other schools across the state of California, the Palo Alto Unified School District (PAUSD) has begun to provide free meals for all students for the 2021-22 school year due to new national and state policies.

Free school lunches were initially offered by the federal government as part of COVID-19 pandemic relief. While this program was initially meant to be temporary, the United States Department of Agriculture has committed to providing free lunches through the 2021-22 school year due to hardships that many families still face. In California, the state plans on continuing the universal lunch program as part of a $123.9 billion education package in hopes to combat youth food insecurity.

Despite the implementation of free lunches, new guidelines have restricted the meal options that schools were once able to provide, according to Acting Lunch Supervisor Normalyn Bato. While choices like pasta and baked potato bars were offered in the past, current lunches in the district usually consist of a prepackaged main entrée such as a chicken drumstick or a veggie burger along with a few sides such as fruits, vegetables or a bag of chips. “Before [the pandemic], we could make a lot of choices, but now we are limited,” Bato said.

According to Principal Wendy Stratton, the district has had to modify its traditional meal options to comply with new requirements. “It’s not something we have much control over,” she said. “The district has to follow very strict guidelines on what they can offer, and it’s more limited than it has been in the past.”

Even with the limitations around free meals, the district has been working on offering a more diverse array of options. Before the school year began, Assistant Principal Courtney Carlomagno and other administrators experimented with providing pho as a potential free meal option. “As we all get settled in, the district is working hard and putting their culinary knowledge forward to bring more offerings based on the current situation,” she said.

An area of concern shared by administrators and students including sophomore Stella Manning is the small portion sizes of the free lunch. “The portion sizes of the main meals are way too small,” she said. “The added vegetables and snacks aren’t filling, so I end up still feeling hungry when I finish eating.”

“The district is working hard and putting their culinary knowledge forward to bring more offerings based on the current situation.”

Stratton shared similar thoughts on the free meals. “It’s not a lot of food for an athlete or somebody going to after-school sports,” she said. “It’s just to get you through the day. A lot of times, you have to supplement that with something else.”

A logistical issue the district is facing regarding the free lunches is determining the number of meals to order in advance. Since nearly 500 students take advantage of the free lunch, there are not always enough entrées for everyone, leaving some like sophomore Sean Li without a hot meal. “If you’re at the end of the line, a lot of the good food is gone, and they just have to give you a small protein box,” he said.

Compared to a main entrée, these protein boxes provide significantly less food for students, consisting of fruit, sunflower seeds and other snacks. Protein boxes are distributed once the initial stock of prepackaged meals has been depleted. “We really don’t have choices anymore, so that is all we can provide,” Bato said.

District staff are in the process of solving this issue. “We have been adjusting the amount of what we are ordering and what we’re bringing in because more students wanted free lunch than we anticipated,” Stratton said.

According to Stratton, school administrators have listened to student feedback and have already adapted the lunch process. During the first few weeks of school, the lunch line often stretched around different buildings due to challenges with scanning student IDs. While administrators had temporarily lifted the ID requirement to search for a more efficient mechanism, they have since returned to requiring students to show their ID.

While the lunch program has its limitations, but students have had a generally positive reaction to the free meals. “Free lunch is probably the best thing the district could have done since it allows everyone to just get lunch,” Li said.

Junior Ethan Liang echoed Li’s outlook on the future of free lunches at Gunn. “The best people to give feedback on such a thing are the people who are experiencing it,” he said. “If the process can be improved over time steadily with student feedback, it’ll get better and better.”