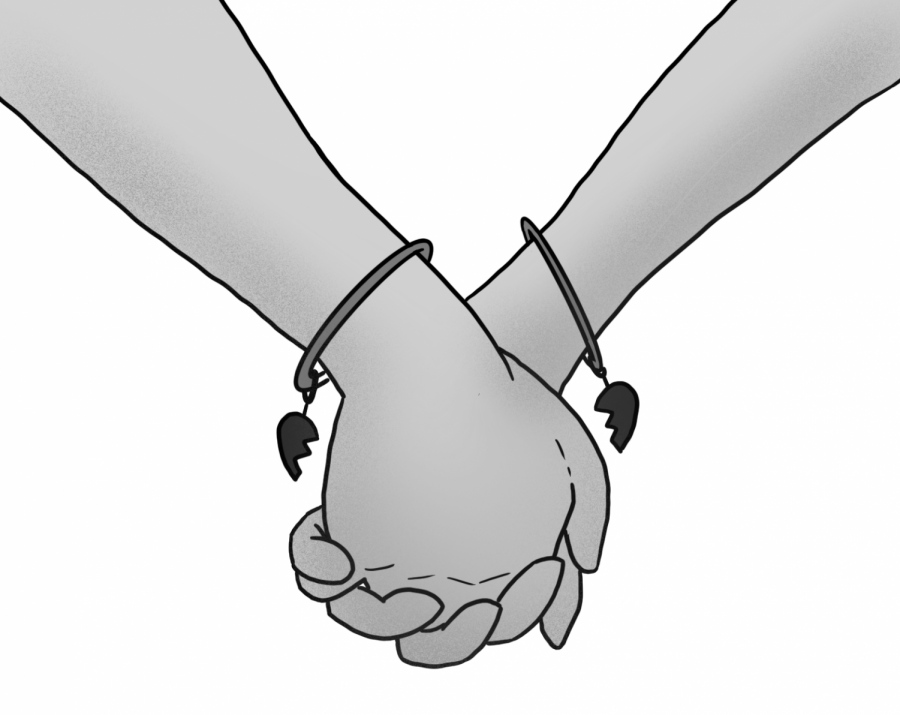 Some of the most popular television shows, such as “Euphoria,” “Riverdale” and “Never Have I Ever,” along with older classics “Pretty Little Liars” and “Dawson’s Creek,” have mastered the art of capturing teen melodrama. We’ve seen the same clichés again and again, but it seems like they’ll never get old. The popular jock meets a shy nerd and falls in love. The invisible girl takes off her glasses, gets Invisalign and instantly becomes the hottest girl at school. While many shows that dominate the teenage television genre today seem innocent, they portray harmful relationship dynamics without addressing where these relationships go wrong. In a genre that caters to impressionable young people, this representation lays the foundation for abusive and toxic behavior, both in high school romance and beyond.

“Euphoria” is lauded as one of the most real, authentic and accurate portrayals of teen melodrama that caught mainstream attention. However, it portrays the inacurate relationship dynamic that everyone deserves a second chance. Nate Jacobs, a star quarterback, and Maddy Perez, a former beauty pageant queen, break up many times throughout the show, but always get back together. Throughout their relationship, Maddy creates a new, inauthentic version of herself that’s attractive to Nate, while he takes his aggression and insecurity out on her, becoming physically violent and at one point bruising her neck. Despite this, Maddy makes excuses for Nate, siding with him unrelentingly. She even reveals that she will love him no matter what he does.

Nate and Maddy are a perfect example of toxic masculinity and relentless-to-a-fault optimism—as a combination, they’re the textbook example of an abusive relationship. Still, neither the characters on screen nor the show’s fanbase seems to recognize the severity of the characters’ situation. In the show, characters envision the two getting married and living a happy life. Online, fans idolize Nate and forgive his actions. In this way, “Euphoria” has failed its audience by making an abusive character seem redeemable and forgivable. If younger viewers begin to believe that the character’s romantic moments outweigh extended periods of abuse, we may grow into a generation that fails to recognize and escape toxic relationships.

Other shows like “Riverdale,” “Pretty Little Liars” and the 1998 drama “Dawson’s Creek” idealize the trope of student-teacher relationships. Beyond the illegal age gap, the power dynamic of a student and a teacher is completely inappropriate in the context of a relationship. A teacher, as an adult of authority, holds far too much influence over a young student for the relationship to be considered consensual.

Good-looking adults cannot accurately portray the awkward and clumsy nature of teen romance, and the beauty in teenagehood lies in the butterflies, awkwardness and firsts—why should it be otherwise?”

These shows do not address or criticize the lasting effects of this grooming. In fact, in “Pretty Little Liars” (Aria and Ezra) and “Dawson’s Creek” (Pacey and Tamara), the relationships continue as if there’s nothing wrong—Aria and Ezra even go on to have children together. Fans of “Pretty Little Liars” have even nicknamed the couple Ezria, reflecting the show’s failure to address the imbalanced power dynamic as anything less than inappropriate and unacceptable. Essentially, creators of the show have framed a couple founded on child grooming as the pinnacle of romance.

Beyond the classic TV tropes, the actors who play teenagers are both incredibly attractive and well beyond their teenage years, some even 30 to 40 years old. Sometimes, the two actors in an on screen couple are casted with gaping age differences. For example, in “Never Have I Ever,” the main couple is played by actors aged 30 and 19. The casting of actors with such a wide age gap is problematic in itself. Furthermore, when directors cast adults to play teens, it makes filming more scandalous scenes more acceptable and natural. Young people in their first relationships shouldn’t feel pressured to follow the pace of the mature romances they see on TV shows, nor should they feel pressured to look and dress like the “teens” on screen. Good-looking adults cannot accurately portray the awkward and clumsy nature of teen romance, and the beauty in teenagehood lies in the butterflies, awkwardness and firsts—why should it be otherwise?

More often than not, the teen entertainment genre involves high schoolers in unrealistically advanced relationships. For example, in the movie “Blockers,” three friends make a pact to lose their virginities at prom, with the context that many people their age have already lost theirs. Plots such as the one displayed in “Blockers” imply that all teens have to have reached a certain level of sexual experience by the time they graduate, but young people should be able to define their own timelines based on what they’re comfortable with, not what mainstream media suggests.

Young people are impressionable. When the entertainment industry condones portrayals of unhealthy relationship dynamics in media specifically catered to teens, they normalize these abusive behaviors, and in some cases, even romanticize them. These toxic tropes infiltrate our idea of a normal relationship, making it difficult to recognize when something is majorly inappropriate. By not portraying unhealthy relationships as dangerous, teenage television fails its viewers and puts them at risk of entering one of these relationships themselves; the hordes of Nate/Maddy and Aria/Ezra shippers online only confirm this notion. A brighter future in teen-targeted media still awaits, where healthy portrayals of teen romance are commonplace, and any worrisome couples are broken up by the season’s end.