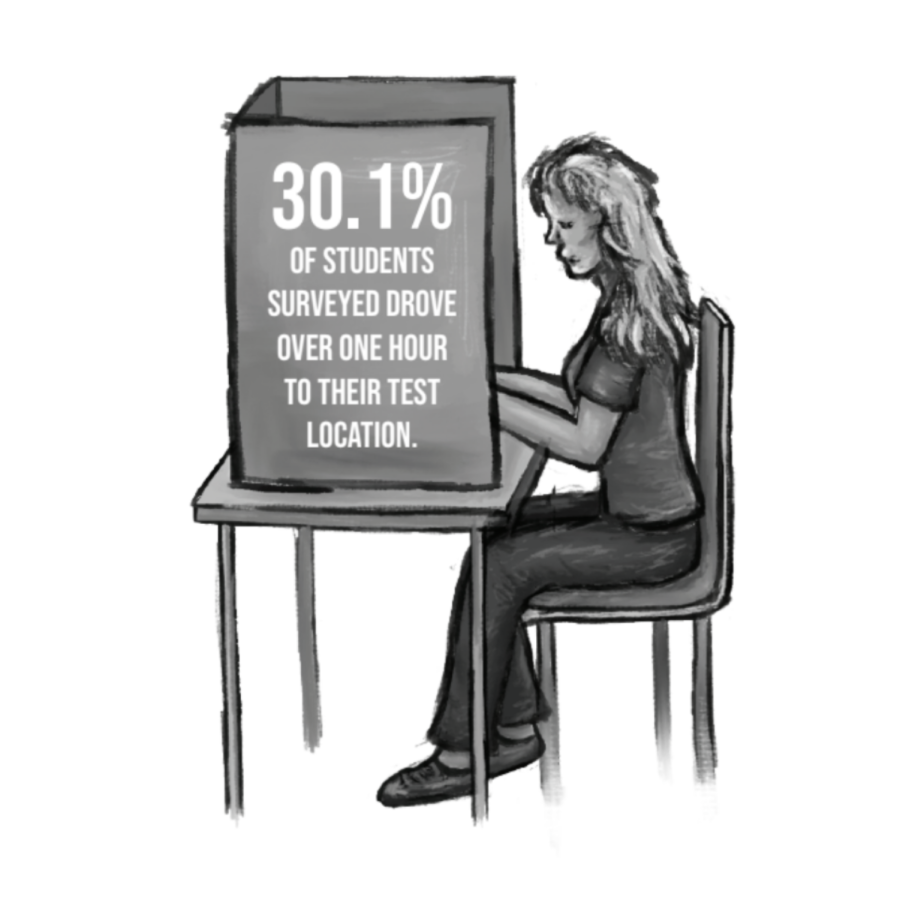 While colleges might remain test-optional for 2023 applicants, some students are still opting to take standardized tests. Junior Tejas Thiyagarajan decided to take the SAT as an extra precaution in their administration process. “While many colleges are going test-optional, there are still colleges that might go back to [requiring tests],” Thiyagarajan said. “I’d rather have the test done and under the belt than wait until it’s too late.”

Although some students are taking standardized tests as a precaution, there is a portion of students, including senior Talia Rapoport, who have no other option but to take standardized tests for international school admission. “I decided to take [the SAT] because I want to apply to international schools,” Rapoport said. “The SAT is a big part of their admissions process, since they don’t really [accept] American grades.”

A lack of testing centers in the Bay Area due to the COVID-19 pandemic has made it hard for these students to find testing locations nearby. Additionally, those who have been able to sign up for tests have been experiencing last-minute cancellations, which can be frustrating. “The cancellations led to me having to lengthen the amount of time I study for the test each time,” Thiyagarajan said. “Studying for the SAT is a huge time commitment, and every time it gets canceled, I have to continue studying to maintain my score. This can be really exhausting. It’s been almost six months now that I have been studying, and it’s really becoming a huge burden.”

Now, many students are looking at the Palo Alto Unified School District (PAUSD) to provide a testing site that is easily accessible for students who want to take the test. Parent Teacher Student Association member and Gunn parent Patrice Fester believes that Gunn should sponsor additional tests. “[The district] has very capable, well-educated professionals,” she said. “[Paired with] the facilities, motivated students and invested parents can figure out how to get pretty much anything done. For the administrators, if you can offer the PSAT, you can offer an SAT. Any time you increase access, it’s only going to improve the quality of the students’ results.”

The district has acknowledged these concerns and has responded by trying to sponsor more testing opportunities at Gunn and Palo Alto High School (Paly). PAUSD Director for Secondary Education Kathie Laurence, among other district administrators, is working to host more tests for students in the district. The process, however, is difficult. “There are staffing issues, protocols, facilities and a variety of [other] reasons that can make it challenging [for the district to sponsor more tests],” she said. “The fact that students are seeing things canceled once they’ve signed up for them demonstrates that it’s not an easy task.”

So far, Gunn has administered an SAT in April 2021, and will be administering a second on Oct. 28 exclusively for seniors. In addition, the district is working on hosting an SAT for juniors in the spring. “There are a whole lot of moving parts around standardized testing,” Laurence said. “We’re working with the two high schools and working on a plan moving forward. If [the SAT] was given in the spring, it would highly be fit for juniors.”

According to Assistant Principal Harvey Newland, part of the challenge of administering an SAT is that it would likely be done on a school day, leading to schedule adjustments for the entire school. “Because Oct. 28 is a school day, kids are going to have to miss classes in order to take the SAT,” he said. “It just depends on where the district wants us to go with high stakes testing because both high schools have to be aligned on it.”

Overall, College and Career Information Specialist Leighton Lang believes that juniors should not stress out about standardized testing, since applications consist of more than just test scores. He also noted that it is still early in the process and that they will have more opportunities to take them in the spring. “When you look at it, [test scores are] one-eighth of your application,” he said. “An admissions counselor is doing holistic review. [They’re] not banking a large part of it on your test score. Take time and focus on what you’re doing in the classroom and what else you are doing outside of school.”