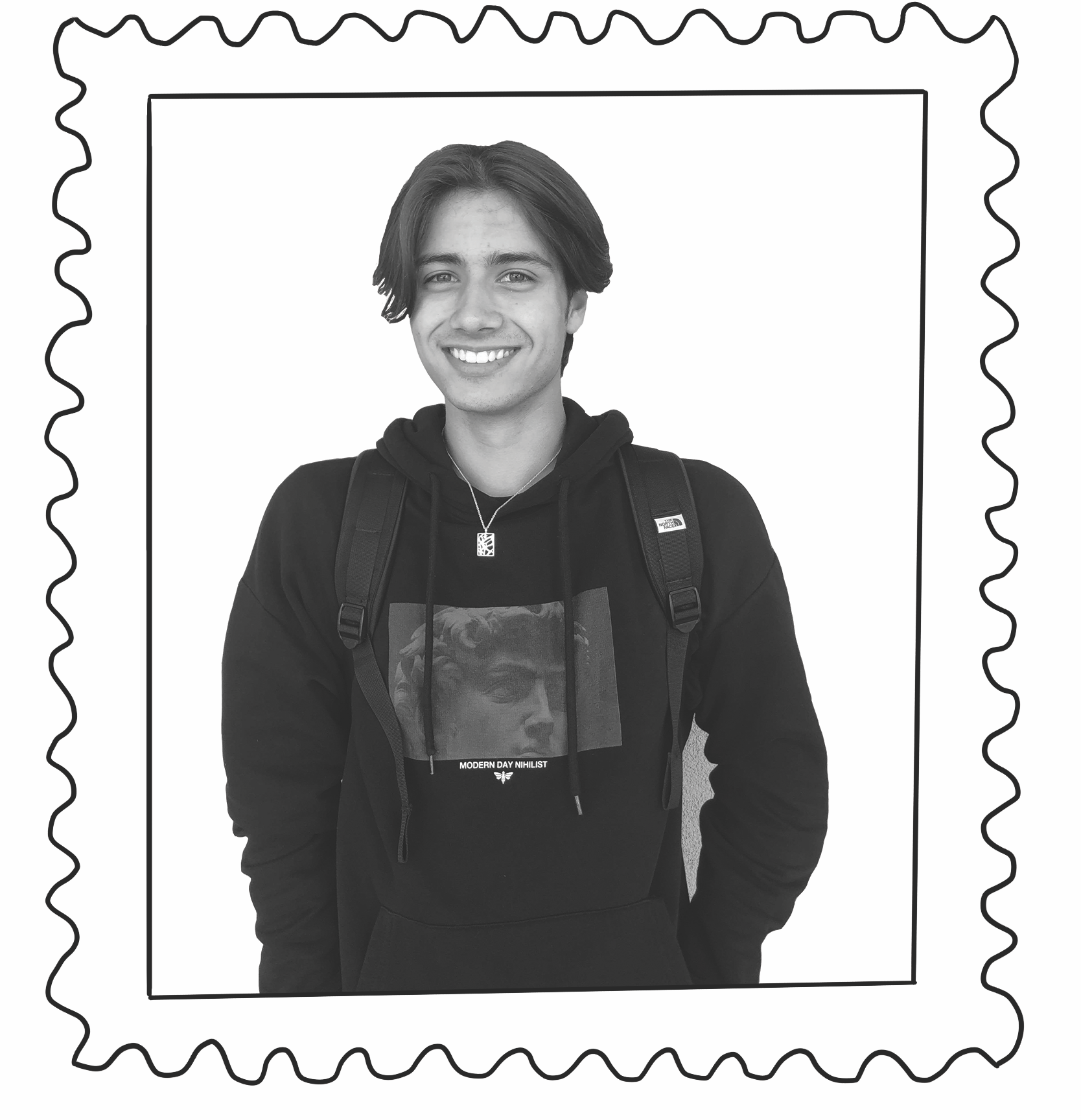 For junior Alex Farrington, moving from snowy Scandinavia to sunny California might have been a big temperature change, but he was happy to adjust. This past July, Farrington came to Gunn as an exchang student. “I wanted to see what it was like be-ing an American student, just to try something new,” he said.

Before coming to the Bay Area, Farrington lived in Denmark, attending a school called Rungsted just outside the capital of Copenhagen. Farrington went to Rungsted for 10 years, where he built long-lasting relationships with several of his classmates. “I liked hanging out with my friends every day,” he said. “In the Danish school system, you stay
in the same class with the same 25 people for 10 years, so I’d known them for a while.”

When he first switched schools, the most striking difference was the size. With only  500 students, Rungsted had a much smaller student body than Gunn. “I don’t know how many students there are here, but there are a lot more,” Farrington said.

Farrington also noticed that Gunn has a much stronger sports culture. “In Europe, you don’t have sports teams in school,” he said. “That’s an out-of-school activity. There’s also more school spirit [here]. We didn’t really have a Homecoming [in Denmark].”

Another major change was discovering Gunn’s well-known deeply academic en-
vironment. As an exchange student, Farrington has different course requirements than other students, something he welcomes in the midst of Gunn’s heavy academic in-
volvement. “I don’t think Rungsted’s as academically competitive as here, but it’s one of the top schools in Denmark,” he said. “I don’t need to take Advanced Placement classes here like everyone else since I’m an exchange student, which makes things a bit easier for me.”

In spite of the new setting, Farrington found the transition to be relatively smooth. “Making friends was easier than I thought,” he said. “People here are quite outgoing and friendly compared to the Scandinavians, who are a bit more reserved.”

Overall, Farrington likes the change. “The diversity is pretty cool and so is the interest in all the sports teams,” he said. “I’d rate it a 10 out of 10. It’s been pretty great.”