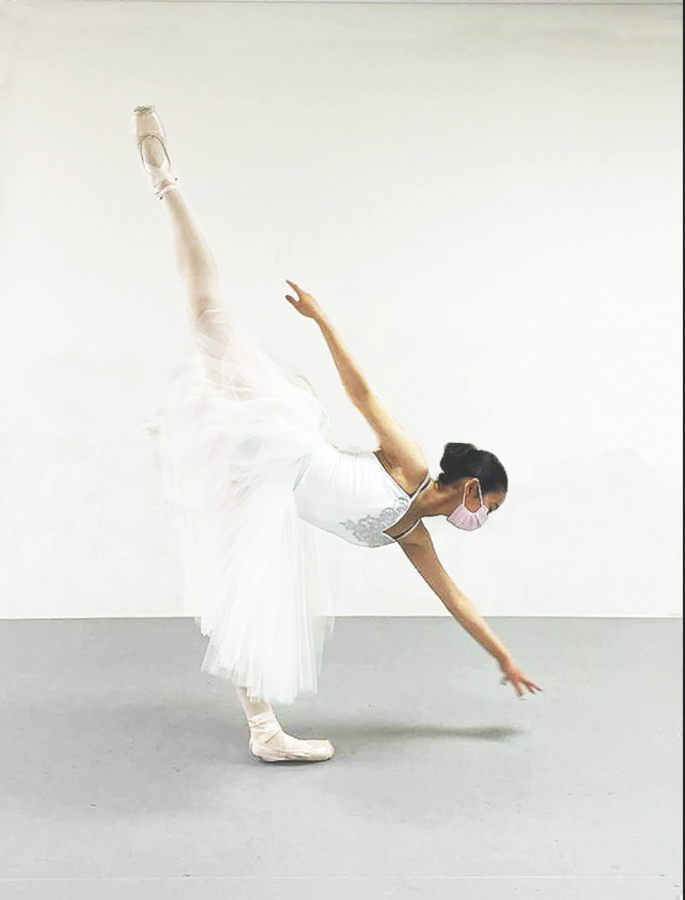 Freshman Charlotte Qian has performed in Ramon Moreno School of Ballet’s production of “The Nutcracker” every year since 2016. Amid holiday festivities and spending time with friends, Qian also attends numerous practices and rehearsals to prepare for the show.

At her ballet studio, “The Nutcracker” has always been a critical part of their curriculum. “This is probably my fifth year [participating] in ‘The Nutcracker,’” Qian said. “However, this is the first year that I’m not stuck in a bulky lap mouse costume or a clunky soldier hat. It’s pretty exciting to actually be dancing and not acting and strutting around the stage.”

Qian was introduced to the art of ballet at three years old. Despite its challenges, Qian has always enjoyed doing ballet. “It’s really physically demanding,” she said. “You also [need] to have a lot of stamina. Mentally, you have to be prepared for everything.”

Qian has also found leisure in ballet. “When I go to ballet [practice], I feel relaxed,” she said. “It’s not just another [activity] that I have to do.”

Ramon Moreno School of Ballet has been rehearsing for performances since the summer. “We have to work a lot in advance,” she said. “Finals week kind of clashes with theater week, but in the end, it’s totally worth it when you go on stage and perform. The atmosphere makes it really great, [and] it really gets you into the holiday spirit.”