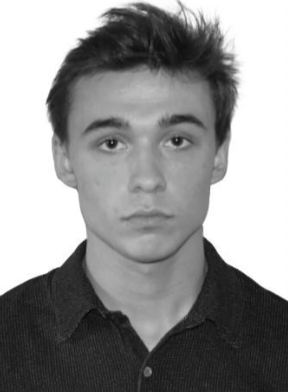 When faced with the choice of where he would attend college in 2020, Gunn alumnus Marek Hertzler was unsatisfied with his options after receiving decisions from the schools he applied to. Instead of settling for a school that didn’t seem like a perfect fit for him, Hertzler decided to attend Foothill College for a year before transferring to the University of California (UC) at Berkeley this school year.

Although Hertzler graduated high school fewer than two years ago, he is a junior at UC Berkeley because he doubled up on his classes, allowing him to complete his transfer requirements in one year instead of two. “A lot of schools don’t give you the chance to transfer as a sophomore,” he said. “Either you transfer as a junior or not at all. I didn’t want to do two years of community college. So, I took twice as many classes and transferred as a sophomore going into junior year.”

Due to the COVID-19 pandemic, Hertzler took many of his classes online, which allowed him to explore his studying habits. “I found it really beneficial to have all my classes be asynchronous and online,” he said. “It allowed me to divide up my work in a very efficient manner, since I knew I had a certain amount of work to do each day and I could plan out my week ahead.”

Hertzler believes that community college helped prepare him to manage his workload at Berkeley, but he did not find the content of his classes to be too challenging. “Conceptually, it was just a lot more busy work, because I had twice as many dead-
lines or twice as much homework or reading to do,” he said. “But the content itself was not that much harder, so it more prepared me for college in the sense that everything I’ve done since community college has been much easier workload-wise.”

Although it was hard to see his classmates move on to different schools, Hertzler used this as motivation to succeed at community college. “I struggled seeing everyone around me get into schools that they were really excited to get into,” he said. “However, it made me more ambitious and drove me to pursue two years [of classes] in one.” Now, at UC Berkeley, Hertzler has settled in as a student on campus and found his place at the school.

Although it is more challenging to be immersed in the college community as a transfer student, Hertzler believes that it is doable with effort. “I definitely had to make more of an effort coming in as a junior because a lot of people had already formed their groups and their cliques,” he said. “I was just outgoing and went to any opportunity I had to meet people and socialize, and I ended up doing completely fine.”

Hertzler’s biggest takeaway from his experience is that community college is a great opportunity for any student who wants to save money or is unsatisfied with their options for attending a four year university right out of high school. “You’re getting a head start on everybody,” he said. “You can take advantage of this and graduate a year early. You can also take a little extra time at your university and graduate as you normally would. There’s definitely a stigma around the whole community college track, but at the end of the day, you’re really only going to be showing your bachelor’s degree to jobs.”

Overall, Hertzler is satisfied with his path to higher education. “I’m having a great time and I don’t feel like I really missed out on anything,” he said. “If anything, I’m a year ahead and I’m anxious to get out into the real world to start working.”