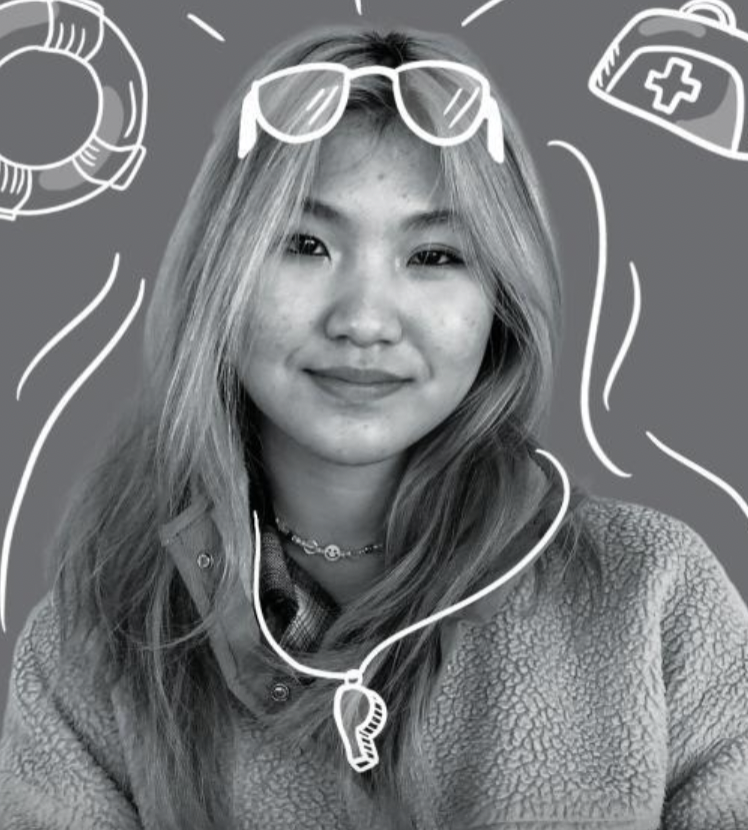 If you visit the Rinconada Pool on a Saturday afternoon, you can find junior Abigail Kuang supervising swimmers, negotiating with tough customers and occasionally saving someone’s life.

As a member of Palo Alto Stanford Aquatics for almost ten years, Kuang wanted to become a lifeguard to gain valuable life skills. “I think it’s good to learn responsibility and money management early on,” she said. “It’s a solid way to pass time while making money.”

Kuang works five-and-a-half-hour shifts on Saturdays. “Occasionally, I’ll work on a Sunday if someone needs to be filled in,” she said. “But during the school year, it’s not too bad of a commitment.”

Lifeguarding requires Kuang to interact with a variety of people, allowing her to develop strong interpersonal skills. “I’ve had so many customers yell at me for things I couldn’t control,” Kuang said. “It’s a lot about learning how to serve difficult people.”

Kuang recalls the time she helped care for a teammate who had an asthma attack. “His friend came up to me after and said he was really grateful for what I did,” Kuang said. “It was a touching experience.”

For students interested in getting a job, Kuang recommends researching different job fields. “Don’t restrict yourself to what everyone else is doing, and make sure you are willing to commit to it,” she said. “With lifeguarding, you can tell who’s there to do it and who’s just there because they thought it would be an easy way to tan and get paid for it.”