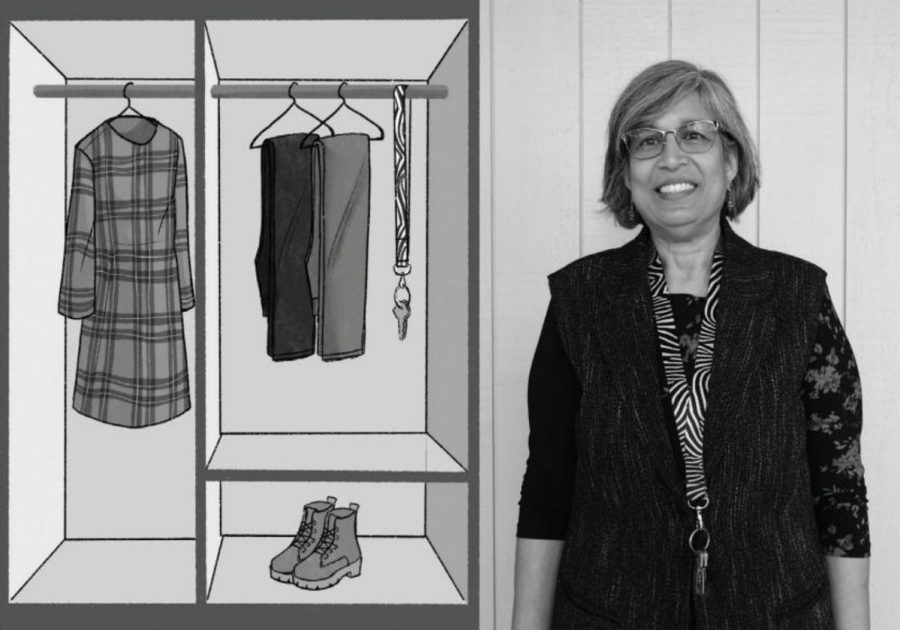 For physics teacher Jacintha Kompella, fashion goes beyond just looks. Since shewas young, clothing has played a defining role in her life. Now, it follows her into the workplace.

Kompella’s fascination with clothing stems from her early desire to become a teacher. “Even though I trained to be an engineer, my heart always wanted to teach,” she said. “When I was in school, I would see what [my female teachers] were wearing.”

The responsibility of being a teacher has had a big impact on deciding what to wear each morning. “Clothes add to the profession.” Kompella said. “So when I choose something, it has to be fun. It also has to be functional because I do all kinds of things.”

Over the years, Kompella’s fashion has evolved from her cultural roots. “I grew up in India,” she said. “My signature look used to be fully Indian clothing. I came here in my late 20s, and suddenly, I was transplanted into a different culture, so I had to learn from my co-workers.”

Kompella’s style boils down to her love for teaching and her enthusiasm to make her classes engaging. “People think that physics teachers are boring, and I don’t want to be like that,” she said. “I want to embrace the fact that I enjoy doing things that are not physics-related. I like designing and putting outfits together that look good.”