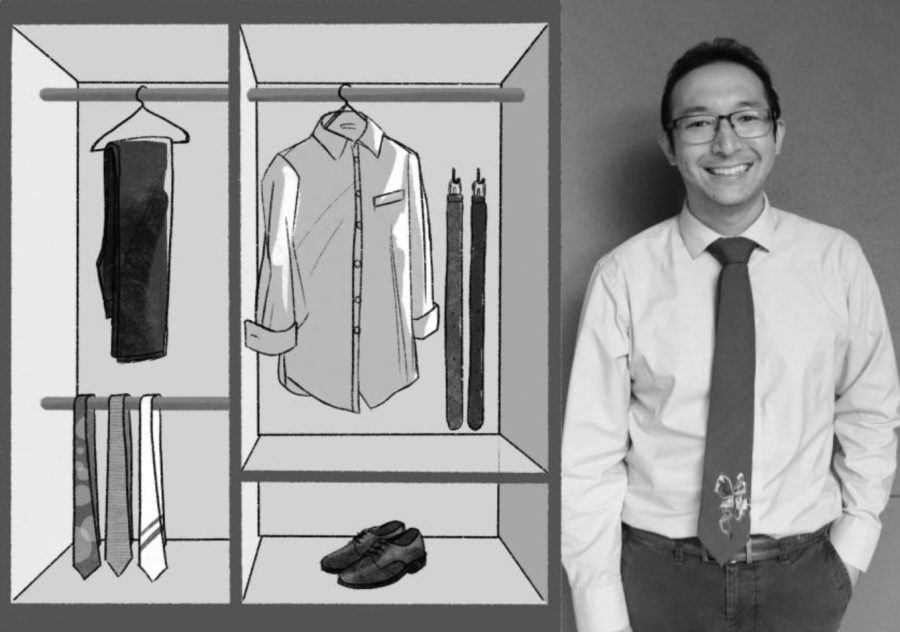 When English teacher Terence Kitada first came to Gunn in 2013, he was appreciative of the English department’s pseudo-dress code. “I heard from other English teachers that [semi-formal attire] is what you have to wear,” he said. “For me, that was great because I came from teaching in Japan, where the look is more formal.”

To pick an outfit, Kitada rotates between his collection of dress shirts, ties, slacks, belts and business shoes. “I won’t wear a shirt again until I’ve worn all the other shirts in my closet,” he said. “Also, my belt and shoes have to match. If I wear a brown belt, my shoes also have to be brown.”

Kitada’s style has several influences, including work attire he saw in childhood. “My dad’s a lawyer, and I remember him going off to work in the 1980s and 1990s with a three-piece suit and a briefcase,” he said.

Due to the fact that he used to be mistaken for a student when he first began to work at Gunn, Kitada dresses professionally in an attempt to reflect his age. “I remember one time, I was going into the Student Activity Center to pick something up, and the woman working thought I was a student,” Kitada said. “When I wear clothes like this, fewer people on campus think I’m a student.”