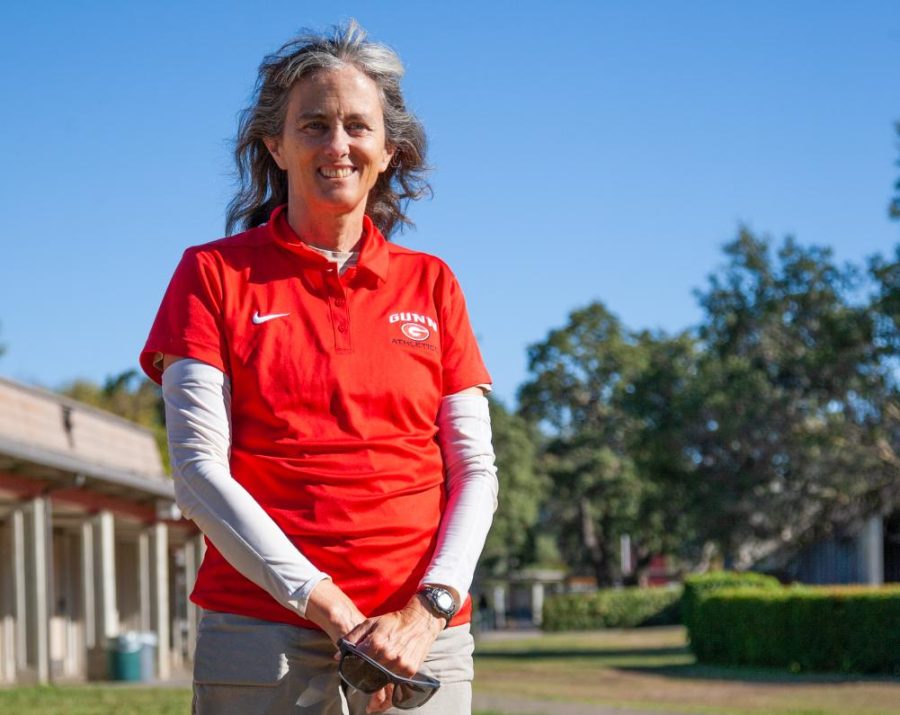 While Karen Saxena holds a familiar role in the math department, this year she will be a new face at the track, as the new head coach of cross country.

Running has played a significant role throughout Saxena’s life. “I started running cross country in the ninth grade,” she said. “I am still running with a club, mainly doing age-group racing now.”

Saxena is a veteran coach, getting her start almost 20 years ago. “I coached since my kids were small,” she said. “Once I stopped working at my company, I started coaching for the spring track team when my daughter was in middle school at Fletcher.”

Saxena’s coaching philosophy is a mix of the two values she finds most important. “A love of running and a love of competition. I think those two things can really go hand in hand,” Saxena said.

For Saxena, the main goal of her first season as a head coach is to build consistency and to depart from the tumultuous state the team has been over the past few years because of frequent changes in coaches. “[The team] has had a lot of transition in the past few years,” Saxena said. I’d really like to have a good, consistent season and show improvement through the season.

Saxena has high hopes for the upcoming season. “I think we can go far if we can really pull together as a team and the captains are really helping with that,” she said. “I want to see how far we can go with the talent we have.”