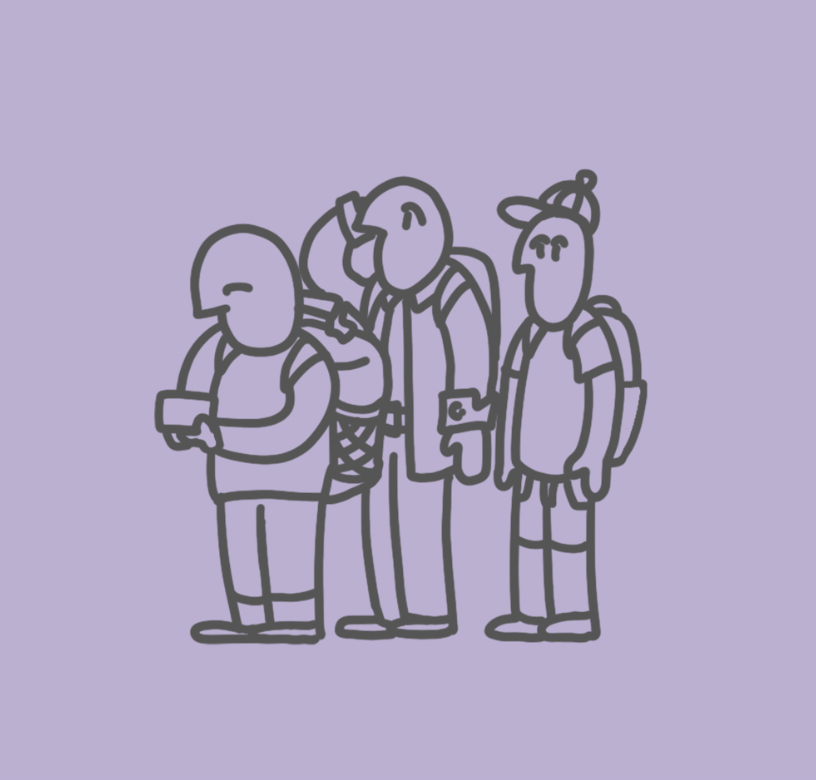 There are some people who cannot stand to walk alone to class. Whether the duties of an avid socialite call them to duty, or they manage to meet up with friends heading in the same direction, one thing leads to another, and a dangerous thing has been formed: the parade.

The parade usually entails a group of people walking shoulder to shoulder across the hallway. They clog up parts of the hall and sometimes the entire hall, blocking the flow of student traffic. The parade can present itself in two different formations: the mob and the barricade.

Most prominently seen at Gunn would be the mob, often taken up by groups of friends, consisting of several tiers and anywhere from two to over 10 people clumped together in an orderly fashion. When trying to get around a mob, one thing to keep in mind is to avoid going through it, as the people involved tend to stand close to each other and leave little room for others.

The second formation is a little bolder than the mob, consisting of five to eight people walking in a horizontal line. Appropriately named due to its extreme difficulty to maneuver around, the barricade should be classified as a police-level blockade. It is also important not to engage in it or try to break this blockade, as the only time it will break is naturally, when the people involved choose to disengage.

Both these formations are not limited to hallway activity, but can also be seen when biking to school. Being on bicycles, skateboards or other forms of transport only complicate the situation for others caught behind either the mob or barricade groups.