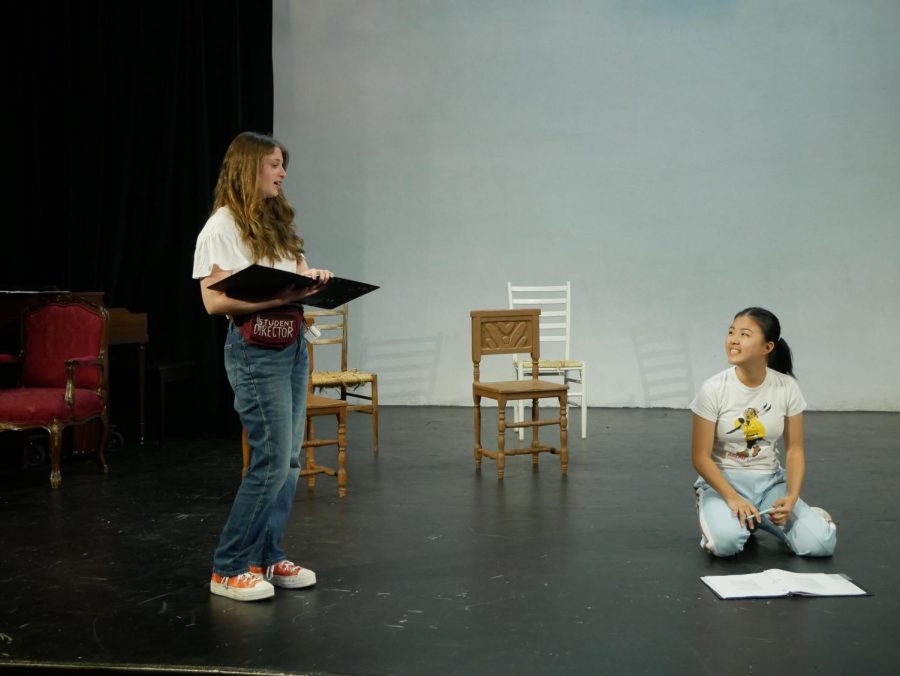 From comedies to tragedies, over the years, the theater department has showcased student acting through a variety of theatrical work. With the help of senior Student Director Tanir Kranz, the department will perform a rendition of “Translations” written by Brian Friel this fall.

Ever since fifth grade, theater has always played an important role in Kranz’s life, in and out of school. In high school, Kranz joined the theater department and became involved with the school’s thespian club and society. “The atmosphere of the theater class is more free,[and offers] great opportunities,” she said.

As Student Director, Kranz helps direct parts of the fall play alongside Theater Director Kristen Lo.“My role is like a second director next to Ms. Lo,” she said. “I am there to help—I direct one or two scenes by myself.”

“Translations” the play touches upon subjects such as language, Irish history and cultural imperialism. Kranz has had to put these ideas into account as the play process progresses. For one, the play takes place in a 19th century Irish village. As such, cast members must adopt Irish accents. “I was never the one that had to look back at the history and really dig deep into it,” Kranz said. “Now, figuring out the Irish dialect has been challenging, because people laugh and I have to put my foot down sometimes.”

Cast members meet four times a week to rehearse the play after school. During the rest of the week, Kranz oversees the technical aspects of the play as Head of Stage Technology and Head of Publicity. “I love the aspect of leadership, which is why I’m doing so many roles,” she said. “Having that component along with doing something that I love is really special.”

Altogether, Kranz has had a resoundingly positive experience and encourages others to see the play when it is premiered out at the end of October. “It’s been enlightening because I’ve always been the one auditioning, [but now] I’ve learned a lot more about the behind the scenes and working with actors rather than being an actor,” she said. “During the read through, I was sitting there, just listening to everyone around me, and I could picture it. I’m looking forward to seeing how it turns out.”