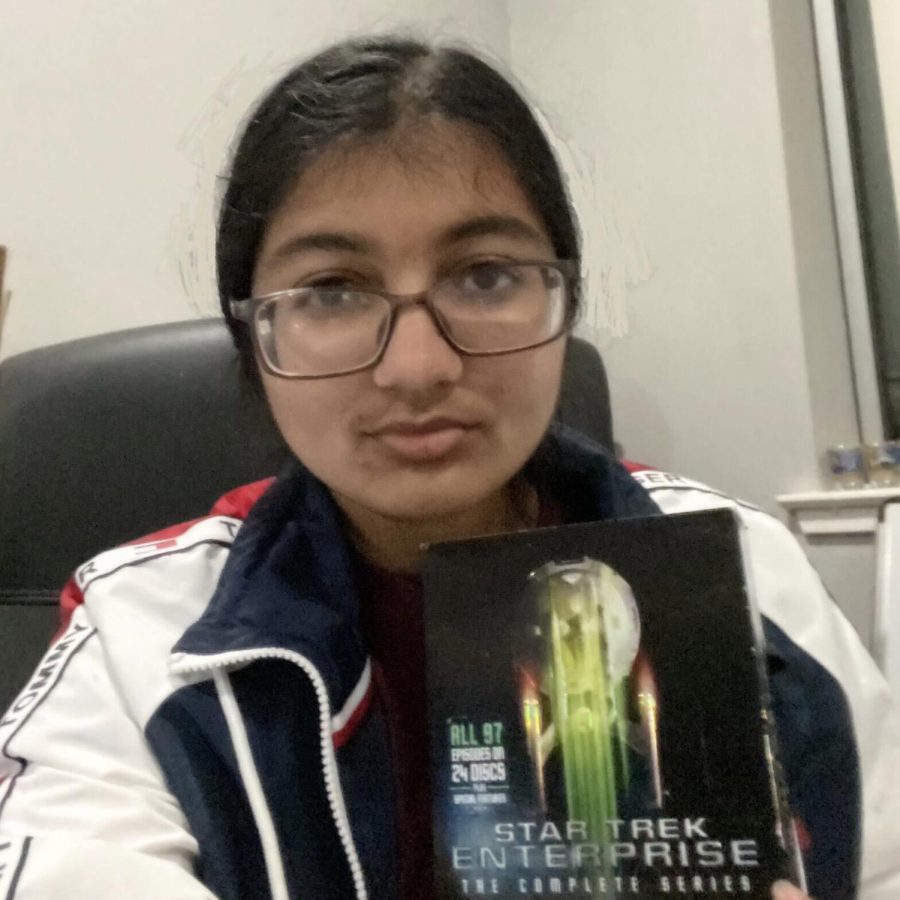 At three years old, senior Sanjana Rao loved watching rerun episodes of “Star Trek” and the endless possibilities each episode presented. “‘Star Trek’ gave me hope as a little kid,” Rao said. “It was the world I wanted to live in. A world where you don’t have barriers.”

Now, Rao’s most prized possession is a replica of the “Star Trek” Voyager ship. “In the story, the characters are lost in space, and they’re trying to find their way home to the ship,” she said. “In a way, the ship represents that you always have something to look forward to.”

Rao’s collection is not yet complete. “I look forward to collecting more antique ‘Star Trek’ items like ship schematics,” she said.

“Star Trek” isn’t just a collection to Rao. For someone who has moved nine times, “Star Trek” has united her family since she was little. “‘Star Trek’ brings us together,” she said. “It reminds us of our past and how much we’ve actually grown from [living in] one apartment to [living in] Palo Alto.”